HCHRA administers the Head Start Program offering comprehensive child development services to more than 2,100 preschool children in Hinds County. The program has experienced exponential growth since its start in 1986, with 800 children enrolled. HCHRA operated 13 Head Start centers and 7 satellite classrooms that serve three and four-year-olds, and 4 Early Head Start centers which serve expectant
mothers and infants and toddlers from birth to age three.

While education is the principal focus, promoting health and stability in the homes of our Head Start families is just as important. The Head Start program helps qualifying children succeed educationally by providing activities to help them grow mentally, socially, emotionally, and physically. The Head Start program is designed to educate three- and four-year-olds and prepare them to be developmentally ready to transition into kindergarten. 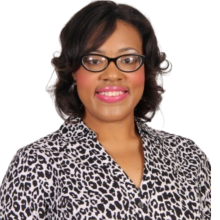 Chelsea Luster, a Proud Head Start alumnus, is the Associate Vice President for Head Start and Early Head Start. Chelsea joined HCHRA in 2015. She serves as an assistant to the Vice President for Head Start and Early Head Start with program planning and system implementation. She develops action plans for Head Start centers to enhance program strengths and correct areas of weaknesses. Before joining HCHRA, Chelsea worked as a Sr. Health Program Specialist for three years with the Mississippi State Department of Health, Office of Child Care Licensure. She has completed studies in Psychology, Public Administration, and Public Management Leadership. Her experience in coordinating training on child care program regulations and policies/procedures for licensing is a valuable asset in ensuring the quality of our Head Start program. Chelsea’s mission is to work in partnership with others to ensure that all children and families have the opportunity to thrive and reach their optimum potential. 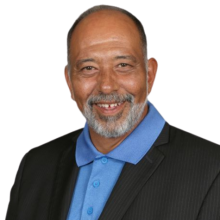 Director of Facilities and Field Services

Michael R. Escalera is the Director of Facilities and Field Services here at Hinds County Human Resource Agency. He graduated from the University of Central Arkansas (UCA) with a Middle-Level Education Math and Science degree. 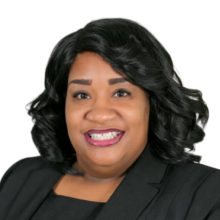 Although Juanita’s achievements in this field are numerous, she believes in the words of C.L.Lewis, “Don’t shine so that others can see you. Shine, so that, through you, others can see Him.” It is through this, that she is committed to serving the community while providing high-quality early childhood encounters to young children and their families that will set the foundation for them for years to come.

DeShundra Tucker, Assistant Director of Children’s Services, joined HCHRA in 2021. She holds a Bachelor’s Degree in Child Care and Family Education and a Master’s Degree in Early Childhood Education from Jackson State University.

DeShundra is a dedicated professional with 20 years of early childhood experience and an 18-year veteran Pre-K teacher. Before joining the team at HCHRA, she held positions as
an Early Childhood Education Consultant, Pre-K Leadership Team Member, Pre-K Curriculum Team Leader, and Feeder Pattern Coordinator. She has also been an Early Childhood Presenter at several in-service trainings and conferences. She is a member of the Mississippi Early Childhood Association and National Education Association.

Her passion for educating young children was on display for every student that
entered her classroom. One of her most significant accomplishments is being a two-time recipient of the Teacher of the Year Award.

She desires to cultivate a high-quality, nurturing environment to increase the positive impact on young learners and their families.